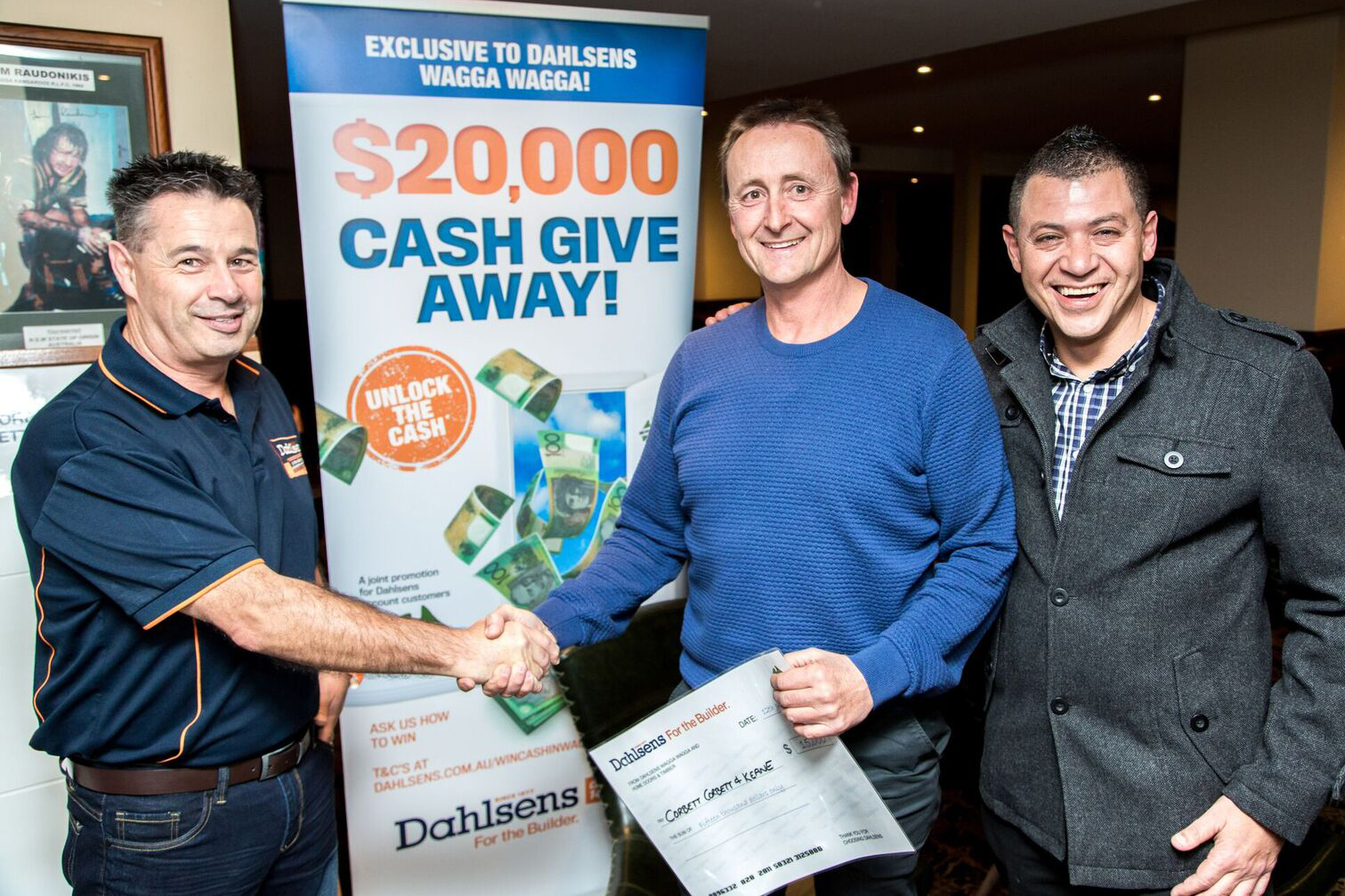 This year Australia’s largest independent hardware retailer, Dahlsens, opened a brand new purpose-built store in Wagga Wagga. In celebration of its opening the team at Dahlsens joined forces with Hume Doors to run a one-of-a-kind competition, giving away a cash prize of $20,000 to a lucky Wagga Wagga builder!

In order to qualify for the draw, trade customers needed to purchase building materials in the new store, including products from Hume Doors.

Three customers were then randomly picked out to join in a public challenge.

Packed with eager spectators, the competition was held on Wednesday 12 July 2017 at the Wagga RSL, where three builders took on the mathematical challenge.

The first to crack the 4-digit code and successfully unlock the padlock to the Hume Door would take home the $15,000 first prize.

Dahlsens and Hume Doors would like to extend their gratitude to all the customers who joined the competition and congratulate the winners on their cash prizes. To follow more Hume promotions, check out our Facebook and other social media sites. 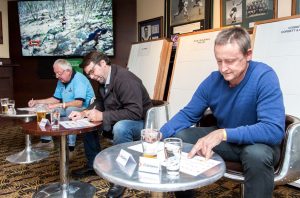 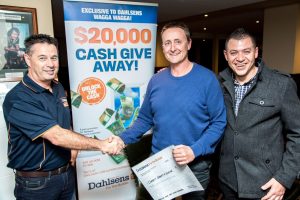