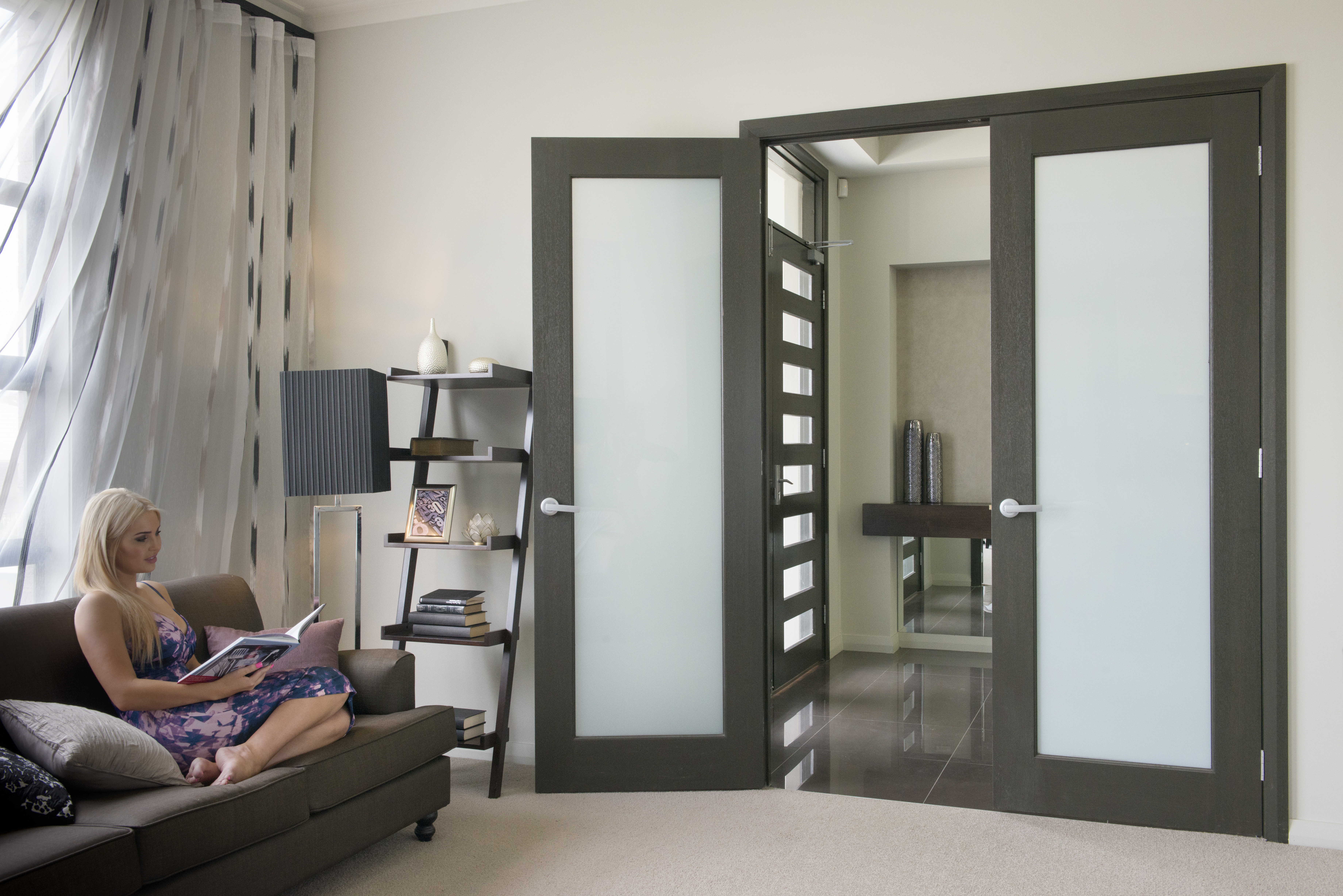 Door jargon – what do these commonly used terms mean?

There’s often a lot of foreign terms and jargon when it comes to building, renovating or even simple door installations. It can often seem frustrating or overwhelming, but don’t worry!

This blog will guide you through a glossary of all things doors.

Like the bi-fold and multi-fold doors, the Alfresco folding door system folds back on to itself to open the doorway. It features glass inserts and is suitable for external use.

Again, rather than a door that swings open, the space-saving Bi-fold door is a system in which two door sets are hinged together and fold back on each other when opened. They are generally hung from a runner at the top to keep the doors in alignment.

Our Evolution Premium, Evolution Steel and timber  Evolution Cavity Units all use a sliding system rather than a hinged swinging door. The “cavity” is simply the empty wall pocket in which the door tucks away into.

French double doors usually feature glass inserts and are often used as front doors or as an entrance to an exterior space like an entertainment area. These doors are often rebated. Our JST10 door from our Joinery Entrance range is often chosen for this application.

The term used to indicate the direction a door swings.

The vertical and horizontal pieces forming the sides and top of a door or wall opening frame. The hinge jamb is the jamb at which the hinges are installed. The strike jamb is the jamb in which a strike may be installed and away from which the door swings. A blank jamb is one that has not been prepared to receive hardware.

A door. A single door whether by itself or in multiple door setups.

A term used to describe the vertical edge of a door which is adjacent to the other door in a pair of doors.

Like the Bi-fold, the Multi-fold system hinges together two or more doors to cover an entryway. Multi-fold systems must always have an even number of door leaves. Also connected via a runner, when opened the multi-fold doors stack side-by-side in a concertina effect.

The size of a door frame opening, measured horizontally between jamb rebates and vertically between the head rebate and the finished floor. The opening size is usually the nominal size and is equal to the actual door size plus clearances.

Packing is small cuts – usually timber – made for use during the installation process. In this how-to, packing is used to fit the cavity unit properly into the doorway.

A hole drilled – usually in our how to videos with a cordless drill – to act as a guide before a full-sized hole.

When installing a door, you will be instructed to ensure it is “plumb”. This simply means perfectly straight. Poor installation will result in fixtures that are not truly plumb and will weaken the overall building/fitting.

In our Hume how-to videos, renovators are instructed to use PPE. This stands for personal protective equipment and refers to face masks, glasses, earplugs and anything that can help keep you safe when undertaking a construction project.

A term used to describe a lip that has been machined into the vertical meeting stile of each door in a pair of doors. The rebate is designed to allow the doors to overlap, usually by 12mm to provide a tight fit. A rebate is an optional addition to a pair, and you will have to ensure you allow for the overlap in your doors when working out your door size.

While skirting boards and architraves are different, they both serve a similar purpose – to disguise untidy areas around the wall/floor/door. Skirting boards sit along the bottom of the walls, while architraves often fit around outer edges of a doorway. You may also hear these terms called “trim” or “mouldings”.

In the Hume how-to videos, you may have heard the term “stud opening”. This refers to the size between timber studs in the doorway.

Products like the Evolution Touch Door Release System rely on an arrangement of magnets to hold the door in the cavity. The system allows the door to open and close with a simple touch, this is called “touch release”.

If you have any questions or there’s some language you still don’t understand, give us a call!