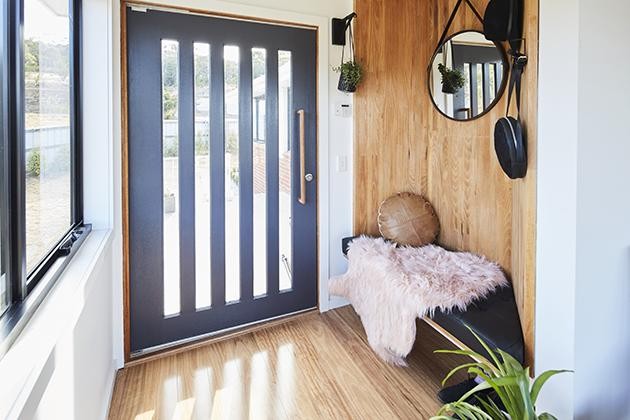 A dream came true for House Rules Gold Coast couple, Aaron and Daniella Winter, when they won the whopping $200,000 first prize in the season finale of House Rules 2017.

We were cheering them on as we had been impressed with their entry reveal in the Tasmania house challenge (which was Sean and Ella’s house). They chose a stunning entry door from the Nexus Range (the NEX40), with a clear glass and duracote finish, which they painted a dramatic dark grey. (As a side note, the standard Nexus range is rated 12.5 BAL, a fire rating that indicates it for for an area with a low risk of bushfire).

The design theme for the house was ’Industrial Scandi’ and we think Aaron and Daniella hit the nail on the head with their entry reveal.

They then had a lot more reveals to undertake before they were crowned the overall winners of House Rules 2017. Aaron is a 31-year old carpenter and Daniella a 38-year old dance teacher and they described their victory as being surreal, they never thought it could happen. In fact, they had difficulties sleeping after collecting their hefty cash prize!

When asked what their favourite room was, Aaron and Daniella had a hard time picking one among the so many striking rooms. With imagination and creativity, the couple made sure every space was customised to the needs of the owner.

Hume Doors were proud to be an official supplier of House Rules. 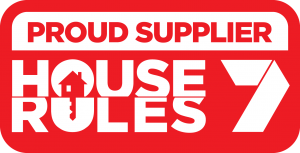 To keep up with Hume’s television appearances, check out our Facebook.